The range of people carries at South African airports range from 8 seaters vans to 10 and 11 seater minivans. If you are searching for 7 seater car hire South Africa, the 8 seater will be the next best choice plus it will provide you with some extra space for luggage.

Do you need 7 seater car Hire South Africa?  We can help provide you will the best selection of quotes for multi seater cars with the top suppliers. Choose from First Car Rental South Africa,TEMPEST Car Hire and CABS Car Hire. The offer of car rentals available include the Hyundai H1 and the Toyota Avanza 7 seater plus the Toyota Quantum 9 seater with Fire Fly South africa. Book early for all passenger vehicles as demand is alays high in South Africa.

South Africa has a wide selection of rental companies some of the key local players include First car rental South Africa, Firefly, Tempest Cars, Dollar, Bidvest car rental Durban and other key locations throughout South Africa. The main people carrier categories are currently 8 seaters and then large minivans that can accommodate 10 or 1 1 passengers in comfort.

South Africa mixes some of the oldest and most ancient history in the existence of the world as well as the modernism of golf and relaxing while laying on the beach. 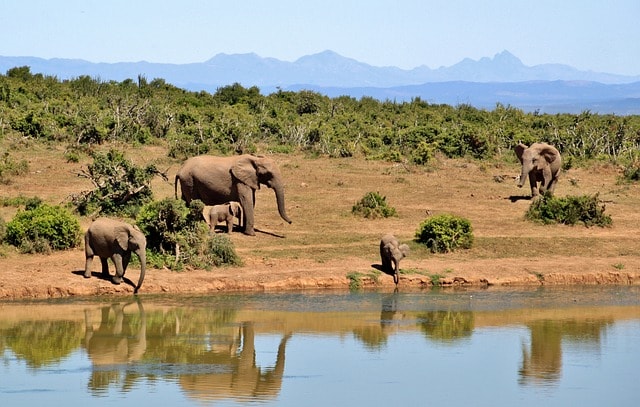 You have over 11 official languages, culminating and making up this glorious mix of cultures. With wine country, shark diving, golfing, hiking, and pretty much everything you’ve ever wanted to do – South Africa is the perfect place for adventure enthusiasts and history buffs. With a population of over 50 million, you’ll find no place quite like South Africa.

Contrary to the popular skewed view of Africa, South Africa is the world’s largest producers of gold, making it an obvious reason why tourism is booming. With an abundance of wealth developing, the roads are getting better and the ability to journey outward from South Africa is becoming easier and easier. With borders like Namibia and Mozambique as well as many other fascinating countries, you’ll certainly have your hands full when you’re not going on a safari and enjoying the world-class nightlife, especially if you want to travel further into the heart of Africa.

South Africa is massive. With that being said, you have a million different zigzagging routes to anything you want to see. What is important to note is that you need to be an experienced driver if you’re going to be adventuring far off the path. With how big it is and how dangerous some of the roads can be, if you’re not experienced you might find yourself stranded and having a true adventure to find safety! However, if you want waterfalls, deserts, and national parks – you’ve found the right place to drive. One of the most famous is the trip to the Royal Natal National Park and game reserve, which is then followed by a reflection of those events on the drive to Zululand to relax on the beaches. You can also head to the grasslands, red dunes, and woodlands of Kgalagadi Transfrontier Park. If you want deserts, no place is better than making a journey from Upington to the Kalahari Desert. (One of Africa’s most famous deserts!)

If you are a fan of long drives, take the Garden Route on the N2 for the 800-kilometer drive from Cape Town to Port Elizabeth. This is one of South Africa’s most famous drives and also one of the most famous in the world!

If you find yourself able to take the West Rand tour around the UNESCO Heritage Site the Cradle of Humankind you’ll certainly find yourself in for a serious treat. Here you’ll see where the 2.3 million-year-old fossils were found, as well as head through places like the Magaliesburg mountain range and Krugersdorp Game Reserve.

We have rental providers at all key airports in South Africa with Cape Town 7 seater car hire being a popular option for touring this part of SA.

My first time using this company, and the service and van wa. . . .

I rented a luton van with tail-lift for the weekend together. . . .

Thanks, I found it straight forward, simple and the prices w. . . .

I’ve used RVRentaVan a few times and never any problems. . . . .

You asked for a review, The service was great, best value va. . . .

I needed a van the same day and called the dedicated help li. . . .

What can I say, well priced, great service and pleasant to d. . . .

easy enough to use site but will have to reserve judgement u. . . .

Just a site we need being a large family we always need an M. . . .

This is the third time we have used MPV Rentals and again ev. . . .

Green Motion has extended its Franchise to cover t

A1 National Car and Van Rental under investigation