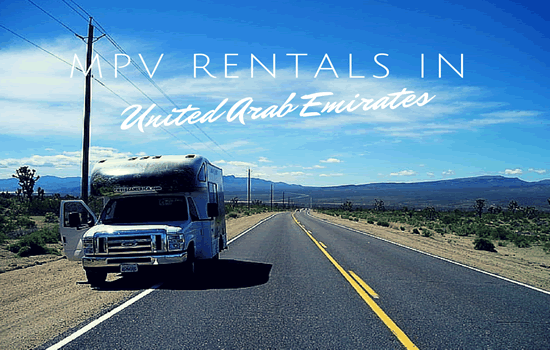 It is tempting to go for the big names when planning to rent a minivan during your expeditions around United Arab Emirates. To save money, it would be good to consider the smaller brands that have lower overheads, thus offering customers the opportunity to rent an MVP at a cheap price. The bigger brands might not have the best-priced deals for your budget.

Ask for virtual discounts when renting the minibus for an opportunity to travel to Burj Khalifa, which is the most famous building you will come across while traveling around UAE. The building is the only sky-high landmark that separates Dubai from other cities in the UAE. More than that, Burj Khalifa is the tallest building in the world.

Avoiding the airport might also work to your favor by exposing you to some money-saving deals. Therefore, if you opt to travel to Sheikh Zayed Grand Mosque, it would be great to do so and include off-airport locations into the package. The mammoth modern mosque features a combination of ancient artisanship and contemporary designs thus worth visiting.

Keep negotiating with the rental company for a good or favorable deal. Failure to ask means inability to get what you want, especially when under a tight budget. Haggle with the rental firm so that you have some money to take the family to see Jebel Hafeet, a day trip that runs from Abu Dhabi to Al Ain, which offers the chance to enjoy sumptuous desert panoramic views.

Lastly, prepay to rent an MVP and benefit from discounts of up to 20 percent. A pay later rate often is more than the pay now price by several amounts. Before paying for any package, check that the car comes with an all-inclusive insurance cover. Ask about hidden costs as well and let the rental firm provide you with figures regarding cancellation fees.

My first time using this company, and the service and van wa. . . .

I rented a luton van with tail-lift for the weekend together. . . .

Thanks, I found it straight forward, simple and the prices w. . . .

I’ve used RVRentaVan a few times and never any problems. . . . .

You asked for a review, The service was great, best value va. . . .

I needed a van the same day and called the dedicated help li. . . .

What can I say, well priced, great service and pleasant to d. . . .

easy enough to use site but will have to reserve judgement u. . . .

Just a site we need being a large family we always need an M. . . .

This is the third time we have used MPV Rentals and again ev. . . .

Green Motion has extended its Franchise to cover t

A1 National Car and Van Rental under investigation